One of the most important features of all pieces of literature, especially of the Gothic fiction writings, is the emotional influence on the reader. Although the main characters of both Edgar Allen Poe’s The Tell-Tale Heart and Charlotte Perkins Gilman’s The Yellow Wallpaper display psychotic and obsessive behavior, the connection between the reader and character is not the same. The emotional response of the reader to the heroes is predetermined by the events that unfold how their characters are different. Consequently, the attitude to the main heroes is different as well. The analysis of these two stories shows that there always are “two sides of the same coin”, and even such characteristic as the insanity isn’t necessarily the attribute of the negative character. For Charlotte Perkins Gilman’s heroine it becomes a symptom of a victim while Edgar Allen Poe’s hero is a disgusting and cruel murderer. Together these stories offer a complex view on insanity, which shows that it can be regarded both as the cause and consequence of appalling behavior.

The first-person narration of each story allows the reader to gain insight into the inner thoughts of the protagonists, who stay nameless till the end of the stories. It is also important to mention that the first impression about the narrators goes a long way into how they are perceived by the reader. In The Tell-Tale Heart the narrator tells the audience the story of the old man’s murder by an insane man. But the crime is not accidental. In the first paragraph the narrator states that his disease had sharpened his senses “not destroyed – not dulled them” and addressing to the readers says: “…observe how healthily – how calmly, I can tell you the whole story” proves that he does not consider himself to be insane (Poe, 42).  In this passage he seems a bit arrogant by his confidence, but in the second paragraph one can get the sense of how truly disturbed he is for his desire to kill the old man, regardless there is no motive to do so except the old man’s eye (Poe, 42).  When the narrator goes on to disclose the precautions he took to kill the old man and boast how “cunningly” he did it, it only reassures the reader how insane the narrator is, despite his efforts convince of the opposite. Moreover, it is essential to pay attention to the phrase of the narrator: “I loved the old man”, which is also indicating that he is not a sane and adequate person (Poe, 43). The narrator’s calmness about the whole situation, his feelings and afterwards his actions demonstrate that something is not right with his mental state.  A sane person would not calmly tell about how they murdered someone, but would feel the guilt and fear of punishment. It is also obvious that his behavior is irrational and illogical as love is the feeling provoking people to defend another person, not hurt them. The reader feels no sympathy for the narrator, just disgust about the murder and relief, when the criminal confessed in the end.

The main heroine, who tells the story in The Yellow Wallpaper, is also insane. Nevertheless, she is able to bring her personal thoughts about the other characters and feelings to the reader so that she is regarded as a victim and sympathized. It is revealed from the first paragraphs that her husband is a physician and although she believes she’s sick, her husband does not.  He assures everyone around that everything is fine and his wife simply suffers from “temporary nervous depression – a slight hysterical tendency” which causes her more frustration (Gilman, 238).  This frustration is expressed by her tone when she writes: “You see, he does not believe I am sick!” and she cannot do anything until her husband believes her (Gilman, 238).  The position of the main heroine is obviously dependant on her husband, who does not treat her as equal, but as a child, whose opinion is not taken into consideration. His cure for her “slight hysterical tendency” is to rest and not stimulate herself, which is the reason they have rented a summer home in the country.  Her husband, John, does not even let her choose a room by herself, but chooses an upstairs room, which have been a “nursery first, and then playroom and gymnasium” (Gilman, 239). This fact is another proof of the husband’s disrespectful treatment of his wife. He belittles his wife’s thoughts and feelings, believes that he knows better what she needs and wants not even considering what she says. Consequently, the first impression of the narrators in both stories the reader gets is obviously different. The narrator in The Tell-Tale Heart is seen as a perpetrator, who does not even consider himself as mad and does not want to avoid the terrible consequences of his behavior, whereas the narrator in The Yellow Wallpaper is seen as a victim, who wants help and asks for it, but is neglected even by those, who should care about her.

Both authors in their stories demonstrate a common theme – the psychotic and obsessive behavior of the protagonists. Due to the state of mind of the narrators in both pieces they cannot decipher actual events from imagined ones, and, consequently, behave irrationally.  In The Tell-Tale Heart the imagery of the noise the narrator is obsessed with is a “low, dull, quick sound, such as a watch makes when enveloped in cotton” which he hears before killing the old man, again after the old man is dead and, at last, when the officers arrived to investigate the “shriek” a neighbor has heard (Poe, 44).  The sound is attributed to the old man’s heart beating, but once he was murdered the narrator continued to hear the “ringing”, and it grew louder and louder until he could no longer take it.  He believed it to be still the beating of the old man’s “hideous heart” after he was dead (Poe, 46).  The sound drove the murderer crazy and he felt he was being mocked by the officers, who just sat and chatted as though nothing was wrong.  Everyone can experienced an annoying sound that drives crazy like the tick-tock of a clock or the humming of some appliance or electronic device.  The difference is that a sane person can distinguish an actual sound from an imagined sound unlike the narrator of the story, who could not. Even though the reader can understand how irritating the sound could be, no pity is felt for the narrator since he just killed a person and then bragged about how he concealed and dismembered the body. Therefore, the imaginary sound can be regarded as a symbol of the crime, which he has committed without the qualms of conscience, and the reader sees that the narrator deservers being punished for his actions and his madness is any excuse.

Gilman’s character has another obsession. With nothing else to do she starts to analyze the patterns of the yellow wallpaper in her bedroom.  She believes she sees “a woman stooping down and creeping about behind the pattern” (Gilman, 244).  When she attempts to express her feelings to her husband that she’s not getting better she feels she’s being mocked by him when told she is getting better even if she can’t see it, for he knows this since he is a doctor.  Her obsession with the wallpaper continues to increase over time until she is the woman stooping down and “creeping” along the wall. While it’s harder to relate to the image of someone creeping along the floor than an annoying sound the reader will still sympathize with the narrator of The Yellow Wallpaper.  If the sound is the symbol of crime and cruelty, the yellow wallpaper appears to be the symbol of misunderstanding and neglecting, which has led the main heroine to the blind alley. Finally, though both heroes feel as if mocked of, to the reader’s mind Poe’s character deserves the sufferings he got, but Gilman’s heroine does not.

In the end the reader feels more empathy for the narrator in The Yellow Wallpaper and understands her situation and her feelings, while no one can feel pity for a person, who has committed a crime and does not even regret about it. There is hope to save a person only in case he or she is searching for help. The two insane protagonists can be regarded as similar characters only if regarding the situations cursory. In reality, the main difference about them lays in the reasons of their insanity. In case with Poe’s character, who is a criminal, the madness, is not regarded as a disease, but as his real state of mind. At the same time Gilman’s narrator becomes psychotic because of her husband’s law the attitude to her. Moreover, she is obviously searching for the means to fix the situation and get cured, and it is again the guilt of the society and of her husband that she can not do it.  Consequently, the denial that he’s mad by the narrator of The Tell-Tale Heart appears to have the opposite result and reassure the reader that his madness and his crime is on his conscience while the narrator of The Yellow Wallpaper appears to be a victim, who has not committed a crime, but has suffered from a moral crime committed by the others. The morality of the main characters and of those, who is around them, not the mental state of being sane or insane, defines the reader’s attitude towards the heroes of both of these stories. 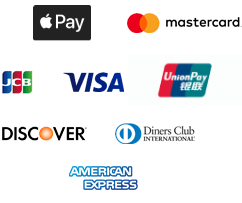